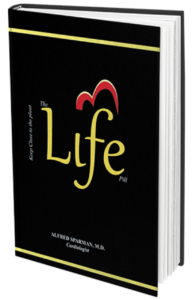 How they all are connected? The Life Pill Book breaks down complex, scientific concepts to create a simplified guide to ageing focusing on two of the world’s most powerful herbs, Moringa oleifera and Bryophyllum pinnatum. Read More 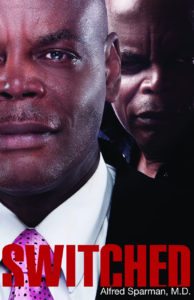 Cardiac surgeon Dr. Sparman has been entranced by Rosa, a Puerto Rican beauty, ever since he first laid eyes on her. Even though it has been some time since he has heard anything from her, he is immediately captivated when she re-enters the quiet, established life he has created for himself; his partner, Isabelle; and his children in Barbados. The renowned doctor has no idea that he is about to sacrifice everything for lust.

After the Doc succumbs to the insatiable chemistry he and Rosa share, lies and deception kick in. His partner confronts him, setting off a chain of events that cause his life to turn upside down. Mesmerized with Rosa’s intoxicating, exotic presence, he tosses all his responsibilities aside and leaves for a week-long trip to Costa Rica with her, where he soon discovers that Rosa is hiding a secret—she wants retribution. As his life hangs in the balance, Rosa tells him that she is not the only one who seeks revenge—there’s also his twin brother, Ashton Read More 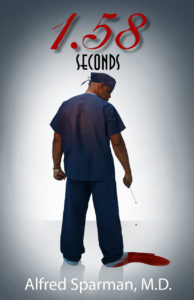 Dr Alfred Sparman was born to a lower class family in Guyana and migrated to Brooklyn, NY in his early childhood. In “1.58 Seconds”, he uses some of the struggles that he encountered as he journeyed from being a security guard to one of the best interventional cardiologists in the Caribbean. “1.58 seconds” fictionally expresses the integral relationship between living and dying. This fictional novel takes you through nerve ending near death episodes, from the 9mm sig semi-automatic pistol pointed at the chest of a potential patient at point blank range…to the head butt that fractured the facial bones of a would be patient…the 90mph ride on the median of I95 in Florida during stormy weather … Now he is in a frantic battle to save a patient’s (Jimmy Smith) life. Time is against him, every second passing brings Jimmy closer to the other side. With the four minute schedule given to him, would he rupture an artery with his scalpel under such pressure? Could he actually deliver that final blow? Could he actually do the killing??? Only time would tell… Read More

The manchineel tree (Hippomane Mancinella) is reported to have got its name from the Spanish word ‘manzanella’ whose translation means ‘little apple’. The following article describes a unique case of manchineel poisoning in which a seemingly unknown side effect arose, bradyarrhythmia. Preliminary research showed no cases of ingestion of the manchineel fruit in which cardiovascular complications arose. Cases reported involved blistering, eye irritations, contact dermatitis, oral oedema and respiratory symptoms. Read More